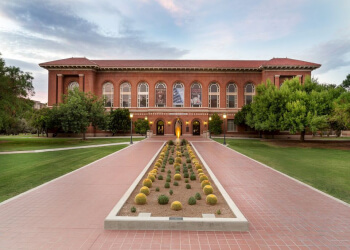 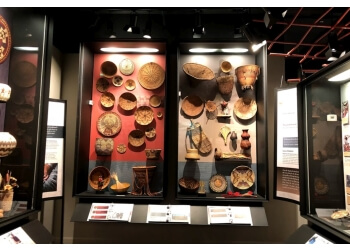 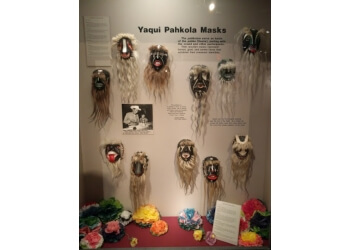 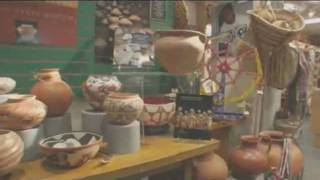 Arizona State Museum is the oldest and largest anthropological research facility in the U.S. Southwest. The museum is originally a repository for the collection and protection of archaeological resources. ASM gives a full schedule of public programs celebrating the region's ancient indigenous and enduring Native cultures. It provides an expansive collection that is an exceptional tool for researching, teaching, and appreciating the 13,000-year human history in the area. The museum presents many opportunities to explore the region's ancient indigenous and living native cultures through exhibits rich in material, interactive docent tours. They offer free admission for ASM members, kids 17 and under.

We attended a special event on Saturday, Feb. 8th. The employee at the front desk was knowledgeable and kind. This is a great Museum to learn about Native American tribes in the region. Also, the grass and trees outside of the Museum make for a great place for kids to run out their energy!

Learn the human history of the western coast of North America and focus on Southwest. Pottery/basket collection is exquisite. Good museum store for special gifts for friends and family.

Glad we added this to our itinerary. Small museum packed with a significant number of important artifacts. Absolutely worth it! 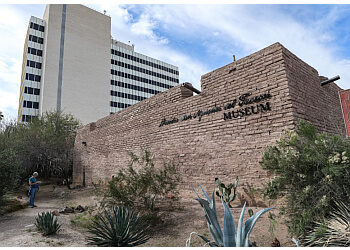 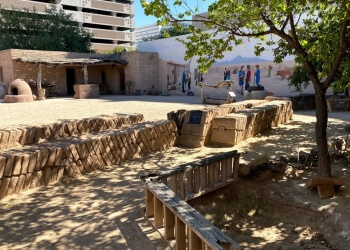 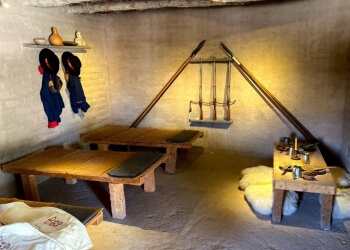 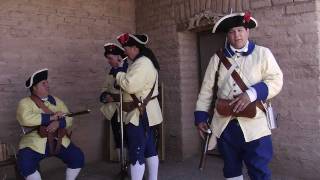 'Presidio San Agustin del Tucson Museum' is a replica of the Tucson Presidio, established in 1775. The original fortress was built by Spanish soldiers during the 18th century and was the founding structure of what became the city of Tucson. It contains an original Sonoran Row house dating back 150 years and an original Native American pit house dating back 2000 years. Docent tours discuss life in the Santa Cruz Valley for early Native Americans, Presidio residents, and Territorial Period settlers. Tourists can also see where the original Presidio wall was located. During the museum's Living History Days, the Presidio Museum comes alive, allowing visitors to feel what it would have been like to be in the Presidio at its height of occupation in the late 18th century and during the 19th century Territorial Period. The museum offers free admission for Presidio Museum members, children five and under, and active and retired military during the summer.

The campus at UofA is nice to walk around, but considering it is hot as hell that only lasts so long. The museum is a nice respite from the blazing temps. The museum was also a participant in the Blue Star Museum initiative to allow military members access to select museums. Active duty military members need culture and this program provides an avenue for the defenders of our nation. The museum is centered around a maze of hallways depicting all the tribes of native cultures from Arizona extending south. The meticulous detail provided to explain the cultures was above reproach. There were multiple different media presentations about different tribes.

We took the turquoise trail tour. If you are interested in Tucson history this the tour to take. I believe Dorothy was our guide, she was very knowledgeable about Tucson. Had a great time. 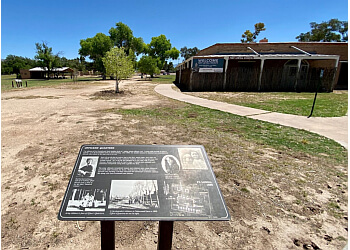 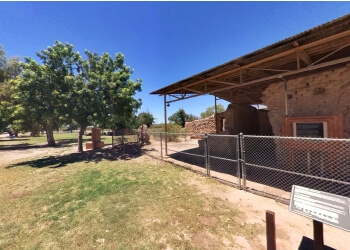 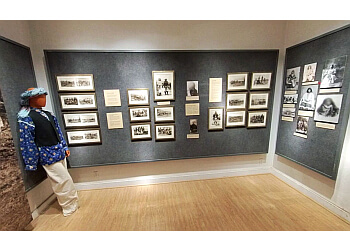 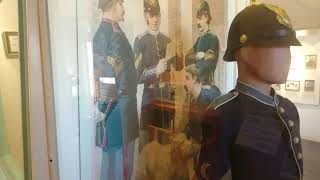 Fort Lowell Museum was a United States Army post active from 1873 to 1891 on the outskirts of Tucson, Arizona. The Museum contains displays and events that chronicle the history of the army during the Apache Wars. The building houses collections of military artifacts that are permanent and evolving. The Museum provides functions every Saturday, from June to July. Visitors can experience the life of the army and try their handcrafts like soap and candle making. In addition, it provides insight into the lives of the men, women, and children who lived and worked in the Lowell region of the fort over the centuries.

My friend and our dogs very much enjoyed an impromptu drop into the cute museum they've got. They do an excellent job with their 1000 tops square feet. Worth a 30-60 minute stroll anytime you find yourself at this park Thursdays through Saturdays. As a baseball lover, I got a big kick out of the 19th-century squads with "Tucson" adorned across their wool knit sweaters. How hot it must've been standing in Centerfield as the desert heat beat down!

Good place to learn about local history, they can also tell you we're all the museums are in Tucson maybe even even in Arizona, and believe it or not a small donation can go very far, and there is more than meets the eye just talk have a conversation and you will learn a lot ask questions no question is ever too big or too small...

The fort and the park are wonderful! I took my kids there all the time. I still enjoy walking around especially in the spring when the baby ducklings hatch. Watch your step, ankles beware. it's a clean beautiful park with walking paths, playground equipment, tennis courts, wide-open spaces and a museum where you can learn about some of Tucson's history.